24 June 2008 | By Jamie Davey
The upcoming Trophy system for Sony's 2.40 firmware update for PS3 has apparently gotten the paparazzi treatment, though no assault charges have been filed.

The blurry shots over at PS3 Fanboy show what looks to be a tiered format to the Trophies ranging from bronze up to platinum 'cups'.

"Seriously, we have no idea. This image just landed into our tips box with a short message stating that it is a leaked picture of 2.40's trophy support," say PS3F.

The tipster has revealed themselves as "The Patriots" with a second source now claiming to be "Gassy Snake". I think I'm starting to see a subtle pattern begin to immerge here. 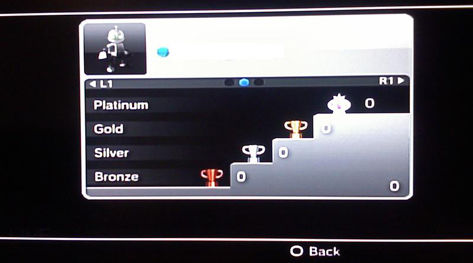