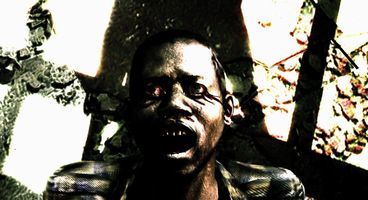 To celebrate the upcoming release of Resident Evil 5 on Friday, March 13th, Capcom and GameStop are throwing a launch party. On the eve of the launch, Thursday the 12th, meet them at Union Square in San Francisco to celebrate Resident Evil 5.

“The event kicks off at 8pm and ends at midnight when you will be able to pick up your game- in-between we’ll have plenty going on to keep you busy. For starters, there will be a whole tent dedicated to the game where tons of kiosks will be set up and players will get a chance to get their hands on the game before grabbing it at midnight. You’ll also have the chance to win prizes and giveaways, meet the development team including co-producers, Takeuchi-san and Kawata-san and hang out with the motion capture/voice actors that played Chris, Sheva and Josh.  To top it all off there will be new game announcements, stage shows, and Resident Evil activities all through out the night.”

New game announcements, presumably for the Resident Evil series. Could we be hearing about a remake of Resident Evil 2? We'll be sure to let you know as soon as we hear anything.

Just to re-cap the details: be at Union Square in San Francisco by 8:00pm. Capcom highly recommend getting there EARLY.