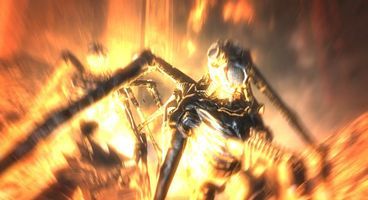 IC and 505 Games today announced the release of a new one level demo for NecroVisioN, an old school style FPS, set both in the First World War and the innards of the earth.

Starting near the beginning of the game, you will have to battle your way through the German lines, dispatching the Kaiser’s boys as they cower in their trenches. As you push further forward into enemy lines things take an unexpected and horrific turn as the dead rise from their muddy graves and attacking any living creature they can find. Now you must try and escape through the scores of German soldiers, while fighting off flesh-hungry zombies.

You will be able to use traditional allied weapons, such as the Colt 1911 or Lee Enfield, whilst selecting from the German Luger and Gewehr rifles, if you manage to salvage them from the battlefield. There are also traditional bayonets, heavy machine-guns, trench guns and, if you are truly desperate, a shovel to batter their spiked helmets flat.