Volition "five to ten years" ahead of everyone with Red Faction

24 March 2009 | By Simon Priest
Red Faction: Guerrilla can boast dynamic destruction, and that seems to be "ruining other games for people" according to dev Volition.

Lead designer James Hague says other next-gen titles are "beautiful games" but "they're set-pieces." The Saints Row developer is heading "toward fully-dynamic" everything.

The open world game Red Faction: Guerrilla has been in the pipeline for five years now over at Volition, and they note this sequel is "ruining other games for people with this game," Hague tells EGTV.

"There's a lot of games out now that are very, very pretty, they're next-gen, they're beautiful games, but they're set-pieces."

"Everything was custom-built just to look nice. While other games companies were going toward pretty-but-static, we wanted to go toward fully-dynamic for everything. It's a very different technical direction from where other people are going," he continued.

Red Faction: Guerrilla offers realistic physics when it comes to destructibility, knocking out enough support struts will have a building collapse under its own weight. Previously the team explained that because of this their level designers had to practically train as structural engineers.

Do agree the latest Red Faction puts Volition nearly a decade ahead of the competition? The game is being released on Xbox 360, PS3 and PC this June. 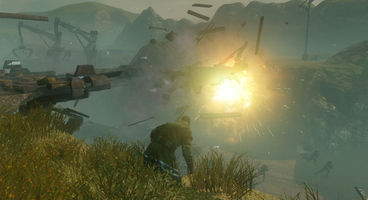 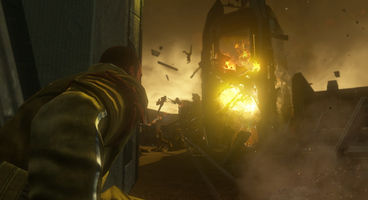