Blizzard: Past WoW players will be interested in how its "evolved" 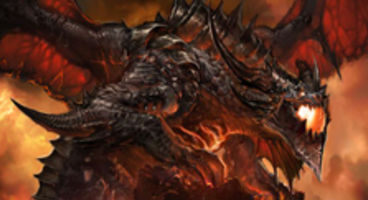 Developer Blizzard has said how "a lot of people who played the game in the past" would be interested and even thrilled to learn of its ongoing evolution.

Goblins as a playable race was highly sought after and they've delivered. The studio is now looking at what they "need to do" with Outland and Northrend.

"You know, traditionally we are pretty terrible at predicting what happens with subscription numbers,” said Cataclysm chief project manager J. Allen Brack. “So the thing we try to do is focus on just making WoW the best that it can be and so far that’s worked pretty well for us. We’ve done a pretty good job in terms of players’ subscription rates.”

The WoW subscription figures stand at over 12 million - yes I'd say they've done a 'pretty good job' too considering no monthly-sub based MMO comes anywhere close.

Deathwing returns with Cataclysm and his antics have royally screwed over Azeroth, but the problem now is Outland and Northrend the locations of the two previous expansions. Blizzard is looking into how they can get them in on the action.

"We have started to talk about what we need to do with Outland and Northrend because the story that we are telling in Cataclysm is kind of interesting once you get to Outland,” said Brack. The Burning Crusade added Outland and it deals with demons.

“Because there’s no congruity between the two stories. It feels a little weird for you to have the whole Deathwing is back and has destroyed the world, and you walk into Outland and you're like ‘Hey! There’s this guy Illidan’."

“That feels a little weird and we don’t exactly know how we’re going to tackle that yet, but that is definitely something that we do want to find a solution for.” World of Warcraft: Cataclysm releases on PC December 7th. Are you looking forward to it?