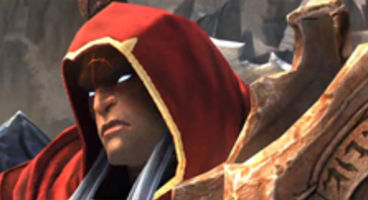 He believes it is "likely selling less" than 1m copies despite "heavy marketing dollars" and 2-3 years of development. It's already discounted.

The new action game, inspired by comic-book level mayhem, has been received very well for a new franchise scoring around the 83 mark on Metacritic, notes IndustryGamers. Commercial success remain to be seen given the investment.

Greenwald has declared ahead of THQ's Q3 earnings that Darksiders "didn't perform up to THQ's expectations, likely selling less than 1 million units despite heavy marketing dollars" and "2-3 years of development costs."

The title also saw "discounting just 2 weeks after its release." It's going to be "another tough quarter" for the publisher, he continued. No thanks to "weak sales and heavy discounting for WWE, MX vs. ATV Reflex, and numerous Wii titles."

Greenwald predicts $347 million in sales will be posted by THQ. Have you picked up a copy of Vigil Games' Darksiders, videogamer? Check out the launch trailer.