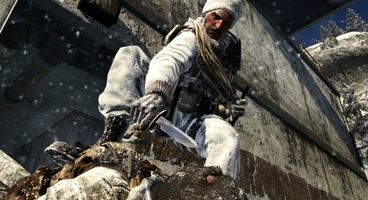 Treyarch has confirmed that, whilst they will still be imposing chat restrictions in Call of Duty: Black Ops, they will only do it where it "makes sense" to do so.

Modern Warfare 2 caused quite a stir when it was discovered that Infinity Ward had imposed several restrictions to online chatting over Xbox Live, with players taking part in modes like Search and Destroy and Team Deathmatch unable to be in private conversations or live parties.

Talking to Videogamer however, Online Director Dan Hunting has said that they will lift certain restrictions.

"We've taken it out of any game mode where it doesn't make sense to have it," he said.

"We have that same restriction in certain playlists where they can use party chat to exploit the game mode. For example, Search and Destroy. Search and Destroy is one of those cases where it's really critical that you don't share information with anybody on the other team because it's a very tactical, hardcore game mode."

Playstation users are unaffected, because the PS3 still doesn't support cross-game chat, however it is unknown whether the PC version is susceptible to the same kind of exploit.