07 June 2010 | By PRBot
Dundee, UK - June 7th, 2010: Realtime Worlds have today announced that the Closed Beta session of APB: All Points Bulletin has come to an end. San Paro is still reeling from the crime-wave which has turned the city's streets into hotbed of gang warfare and heavy-handed vigilantism. Over 96,000 Criminals and Enforcers have taken up arms since the Closed Beta began on 8th October, 2009, with well over 3,500,000 battles between the rival factions contributing to a respawn rate of one every 6 ½ minutes. 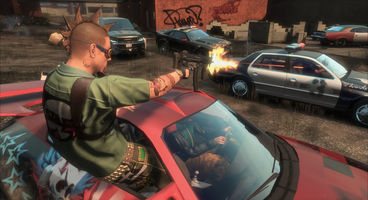 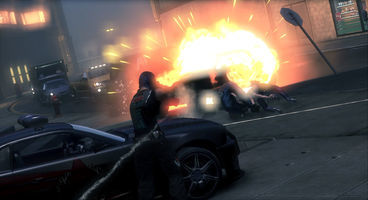 Somewhere amidst all that chaos and despite the strict Closed Beta curfew limiting the number of players allowed in-game, players have found time to commit nearly 4,000,000 crimes including 1,000,000 arsons, 1,000,000 bombings and graffiti nearly 1,500,000 walls over a combined play time of a staggering 75.5 years.

Throughout the Closed Beta, Realtime Worlds have been listening carefully to considered feedback from the APB community and acting upon it to ensure the finished product is the most streamlined and enjoyable action experience possible.

Dave Jones, Creative Director of Realtime Worlds said: "APB is designed to be a community led experience and as such, the community feedback during the Closed Beta has been essential to the development process. It is the players who will drive the story forward as they carve out a name for themselves as either notorious Criminals or prestigious Enforcers."

Final tweaks to the gameplay are currently being implemented before players are given the 'Key to the City' on Thursday 10th June which will include five hours of game time in the Action Districts and unlimited time in the Social District. Priority will be given to pre-order customers and existing closed beta testers. Players wishing to pre-order APB: All Points Bulletin are invited to do so at leading retailers and online at www.apb.com.