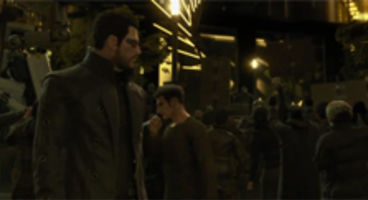 No longer will Eidos' Deus Ex: Human Revolution grace our retail stores January to March 2011 as Square Enix push it into their next financial year.

It will join PS3 Final Fantasy XIV in their next fiscal line-up. Poor critical response to major titles earlier led to the pushbacks. Profit forecast plummets.

"We came to realise that our management priority is to improve the development of our digital-entertainment products," said the publisher. Their new net profit forecast for this fiscal ending March 31st is now just $11.9 million, which falls from $142.8 million.

Are you looking forward to the first Deus Ex title in a long while? Deus Ex: Human Revolution releases on Xbox 360, PS3 and PC next year.