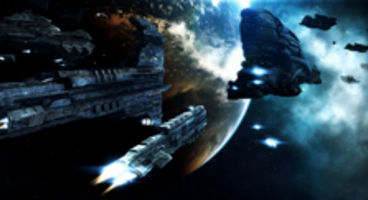 Developer CCP Games "regret to inform" us that the Tyrannis expansion for EVE Online will be a week behind schedule, now arriving May 26th.

They cite "scalability issues" with their 'Planetary Interaction' feature, so they need to tweak some code and retest it. EVE Gate also out the 26th.

"We regret to inform you that deployment of our upcoming expansion Tyrannis has been pushed back by one week to May 26th, and that market seeding of Planetary Command Centers is pushed back to June 8th," posted CCP, reports Eurogamer.

The team also plan to 'level the playing field' by taking some steps to help out fans who haven't been sampling this new planetary interaction mechanic on the public test server, which basically makes planets ripe for the plucking - resource wise.

"EVE Gate will also be released on May 26th, with its web access to EVE Mail, Calendar and revamped contacts, both in-game and on the web," they added.

Do you still play EVE Online, videogamer? Are you fidgeting for Tyrannis to get here?