17 August 2010 | By PRBot
LONDON – Tuesday 17 Aug 2010 - This October, "Fable" fans will get the chance to control their own destiny in "Fable III" with the stunning new "Fable III" Limited Edition Wireless Controller for Xbox 360. The golden cloaked controller features one-of-a-kind artwork created by Lionhead Studios and is steeped in "Fable" lore befitting any king or queen in the making. The "Fable III" Limited Edition Wireless Controller begins shipping to retailers on Oct. 5 and will be available for £39.99 just in time for the Oct. 29 launch of "Fable III," while supplies last. Outfitted in collectible packaging, the controller comes with an Xbox LIVE token for an exclusive in-game downloadable tattoo set to further customise your hero’s appearance.

Feel the power of a monarch in your hands as you reign over Albion with benevolence or utter contempt. The "Fable III" Limited Edition Wireless Controller is a direct tribute to one of the core ideas behind the latest iteration of the franchise, bringing to life the regal crown of Albion – one of the many incredible pieces of concept art created during the production of "Fable III." The hand-painted artwork wraps to the contours of the distinctive controller to create the perfect fit as fans journey from rebel to ruler in "Fable III," whether riding solo in this action-adventure experience or with another revolutionary by your side in dynamic couch co-op or over Xbox LIVE. 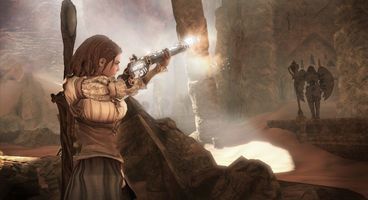 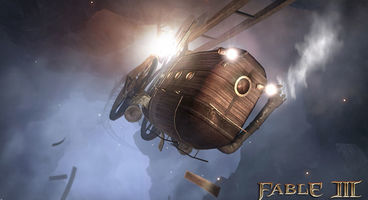 "Fable III" sets the stage for an unparalleled action and adventure experience, in which you will be called upon to lead a rebellion against your brother, the tyrant king Logan, and rise up as the new ruler of Albion. Take part in all the action, drama and humour as you're propelled into a rich and engaging story, featuring a unique cast of characters around you.

"Fable III" will be available in a Standard Edition £49.99 and Limited Collector's Edition £59.99 for Xbox 360, and is available now for pre-order at participating retailers. With the all-new character creator tool at xbox.com/fable3, called the "Fable III" Villager Maker, fans who pre-order the game can create and bring their personalised villager to life. The in-game villager will deliver to your hero a thrilling new quest and 1,000 gold in fortune.