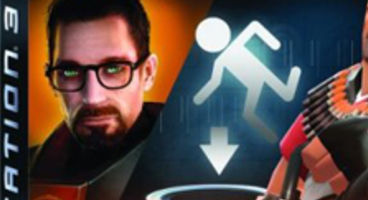 During gamescom Valve's Erik Johnson has expressed his studio's sincerity in loving the PlayStation 3 console now, wishing to make up for mistakes.

They "don't feel" PS3 users have had the true "Valve experience" but can now thanks to Steam arriving on it. This will help them "fix everything wrong".

"PS3 is incredibly important to us," said project manager Erik Johnson. "We don't feel that the PS3 users had the Valve experience that we like to deliver." Past Valve games have reached PS3 but weren't handled by in-house teams but instead past off to EA.

"So it that case it's incredibly important to us; we kind of fix everything wrong in the products that we delivered before for the PS3, which we thought were good but weren't quite the Valve experience," continued the Valve boss.

"We're looking forward to solving that and having Steam on that platform also is incredibly valuable to us," said Johnson, referring to PS3 Orange Box.

"In a lot of ways that is the way we define a customer having a good experience because it's the way that we keep talking to that customer over time." Valve's sudden outpouring of affection for PS3 took many by surprise - Portal 2 will hit the platform next year.