Next Command & Conquer an EA LA title, not of Visceral Games 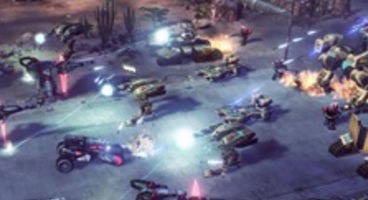 C&C 4: Tiberian Twilight was EA LA's last series instalment, though it's unclear if the same team is involved in the new project, which is in its early stages.

EA general manager Nick Earl said a new C&C was in the works but made it sound like Visceral Games was handling it, however Earl is boss of both third-person shooters and strategy genres for the publisher. He apparently meant 'under EA' in general.

Given the poor reception of Command & Conquer 4: Tiberian Twilight, here's hoping they go back to more traditional base building roots - although Earl's words of "pretty far out" suggest they might be going even more off the deep end. Is Red Alert returning?