New Total War will unveil at E3, developer goes "back to basics" 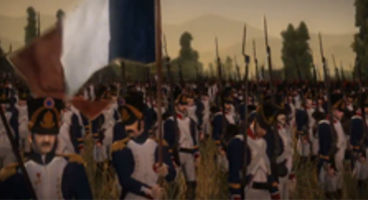 Creative Assembly is to announce a brand new Total War instalment at this year's E3 event, and it appears they're hurtling back in time "to basics."

There'll be no magical boom dust, otherwise known as gunpowder, to clear those fields of battle if reports are accurate. Could Rome be sacked again?

"Just to confirm, we are still working on Total War and aren't planning to get sporty!" twittered Creative Assembly, teasing Total War fans over the recent sports title rumours going around, that appear to be London Olympic Games related.

VE3D appear to know what era the developers are working in but they won't spill, "... let's just say that the new PC-only game eschews the gunpowder weaponry of recent Total War titles and gets back to basics." Could we return to Feudal Japan with Shogun?

Maybe all this new graphical and technical prowess will be flexed in Rome, with all new shiny centurions marching off to crush those filthy unwashed barbarian hordes...? I guess we just have to sit and wait patiently until Creative Assembly relieves our anguish.

The latest has been Napoleon: Total War, which we've Waterloo'd real good!