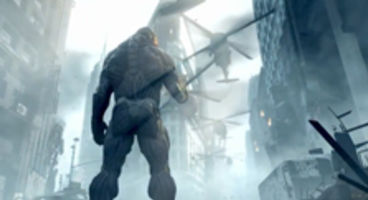 The latest issue of PC Gamer magazine has a tiny box with December in it for Crytek's Crysis 2, but publisher EA can't comment on that yet.

They've "not actually confirmed" when the sci-fi shooter sequel hits the shops, so they "unfortunately" can't say if December is accurate or not.

CEO Cervat Yerli of Crytek has already confirmed what we already knew, that the PC version of Crysis 2 is the superior monster out of the bunch.

"We've not actually confirmed the release date of Crysis 2 yet, so unfortunately cannot confirm this," EA told CVG in response to the PC Gamer claim. Crysis 2 releases on Xbox 360, PS3 and PC later this year. Desperate to give those aliens some pain?