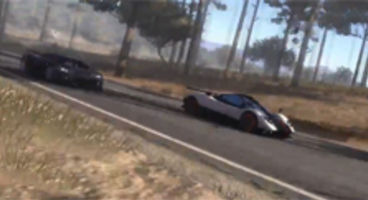 It will also pack preorder goodies like a new game mode involving gambling and some rather sporty cars, depending on the retailer you choose.

The sequel was revealed only a few weeks ago but Atari is comfortable enough to say it will be delivered this September. If you preorder with GameStop in the US you get access to a TDU2: Casino Online game mode, which has Poker, Roulette, and Slots.

Preorder with Atari.com and receive special access to an "ultimate yellow" Nissan 370Z. It has been spilled that Test Drive Unlimited 2 will feature two islands to drive your machines around on, Ibiza and the Hawaiian island from the original.