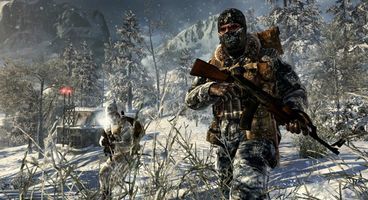 Activision Blizzard outdid expectations for the second quarter of 2011, and the company is crediting their online community for them, as digital sales have skyrocketed.

According to Activision Blizzard, the company posted $335 million in profits, up 53 per cent from the $219 million reported during the same period last year, while sales grew from $967 million in the second quarter of 2010 to $1.1 billion. Online sales were the major driving force behind the profits, up 27% for a record $423M which accounted for over a third of the company's net revenue.

Call Of Duty: Black Ops players have logged more than 2.2 billion hours of online gameplay since release last November, which is up 30% since Call of Duty: Modern Warfare 2 back in 2009. Call Of Duty: Black Ops was the best-selling game in the US and Europe during the first half of 2011, while World Of Warcraft: Cataclysm and StarCraft II: Wings Of Liberty followed behind.

Kotick added: "Looking to the balance of the year, while we have numerous releases we believe our audiences will be especially excited by three key properties - Call Of Duty: Modern Warfare 3, our new online service Call Of Duty Elite and Skylanders Spyro's Adventure. To date, pre-orders for Modern Warfare 3 have significantly exceeded the pre-orders for Black Ops at this time last year. In addition, we believe that Call Of Duty Elite, which was built for Modern Warfare 3 and is expected to launch with the game on November 8, should redefine social connectivity for multiplayer gaming."

Activision Blizzard also announced that Call of Duty: Modern Warfare 3 would also be coming to the Nintendo Wii, alongside the PC, Xbox 360 and PlayStation 3 versions.