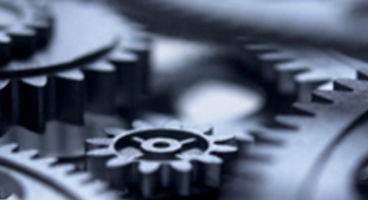 The Blizzard studio is "not ready to commit to a release date" yet but they are "still working hard" for Diablo III to launch on PC before next year arrives.

There's "a lot of moving parts" making a timeframe complex to nail down. Their new auction house tech has "not been fully tested" yet. Beta must come first.

Blizzard boss Mike Morhaime said during an investor call: "We are still working hard to ship before the end of the year, but we are not ready to commit to a release date at this time."

"The timing on the Diablo 3 release date will come down to a lot of moving parts in putting out a complex release," he added. "We talked about the new auction house technology which has not been fully tested. We're not yet in beta, and it's just going to come down to when the game is ready for primetime. So, we'll know more when we hit beta and when we've put some of these new systems into test."

"It's a brand new infrastructure with a lot of moving parts." Oh dear - this won't please fans if they believe the whole of Diablo III is being held up because of the auction house.

"In the previous game, Diablo II, we did not offer such a feature which resulted in many players turning to unscrupulous third-party services to purchases items," said Morhaime.

"We felt that because players clearly wanted such a feature, it made sense for us to build it in Diablo III, so they could trade in a more convenient and secured manner than going through an unauthorized third party."

"Players who participate in this optional system will be able to list items on the Auction House for a flat fee, with another charge for completed transactions. When listing an item for sale, players will have the ability to direct the proceeds either to their e-balance, which will remain on Battle.net or to cash out through a third-party service," he explained.

"We have not disclosed specific fess, but we plan on keeping them nominal so that more players can participate in it if they so choose, and so that players will opt to use our secured approved method of item trading and not churn to third parties."

"We will also allow a limited number of free listings each week so players can build up a balance without needing to deposit any funds to get started."

Diablo III releases on PC at an undisclosed date. The beta is expected to begin sometime in late September if things remain on track at Blizzard HQ.