Dark Souls about 60 hours, no demo 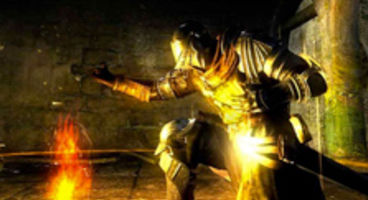 During an interview, FromSoftware's Hidetaka Miyazaki revealed that Dark Souls is about 60 hours long, beating Demon's Souls playtime of 30 or 40.

The predecessor also had only 30 types of enemies, whereas Dark Souls has near 100. The game director ruled out a demo, as well as any DLC plans.

The interview was between 4Gamer and Hidetaka Miyazaki, but thankfully it was translated so all those Western fans of FromSoftware's brutally hard and unforgiving PS3 RPG Demon's Souls know what they can expect in Dark Souls.

It's not a sequel, as they only sharing the general principles of fantasy RPG. There are no current plans for DLC to be released, though FromSoftware may change their mind closer to launch. There are certainly no plans for a Dark Souls demo he revealed.

Have you played the merciless Demon's Souls for PS3?