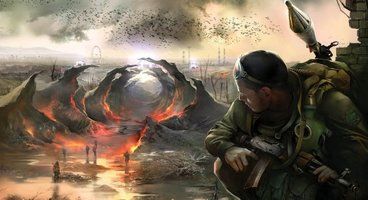 Developer GSC Game World has posted a question and answer on Facebook about their upcoming sequel, S.T.A.L.K.E.R. 2, revealing a lot of new info about the open world first person shooter.

The most obvious news, of course, is the new engine that S.T.A.L.K.E.R. 2 will employ; the original engine was rough and had issues with various OS's and processors.

S.T.A.L.K.E.R. 2 will support DX11 as well. Since the game is being developed on the PC and ported to consoles, PC gamers can breathe easy that they don't have to worry about a watered-down product; the Q&A goes out of its way to assure gamers that the interface, graphics and gameplay of the PC version won't be compromised by its being ported to console systems.

The other major tidbit of info given is that the game will be set in the triangle of CNPP, the cities of Chernobyl and Chernobyl 2.

Let us know if you're excited for this game.