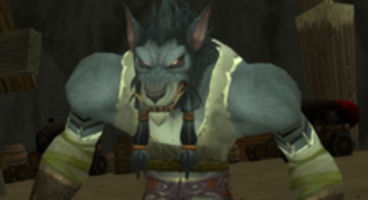 Blizzard defends the difficulty of Cataclysm's dungeons, especially on heroic, saying they don't want the "under-geared or unorganised" given easy victories.

Dungeons are "gussied up loot vending machines" admits Blizzard's Greg Street, but they want players doing more just "push a button to get the loot."

"The bottom line is that we want Heroics and raids to be challenging, and that is particularly true now while the content is new and characters are still collecting gear. They’re only going to get easier from here on out," said lead systems designer Greg Street.

"We want players to approach an encounter, especially a Heroic encounter, as a puzzle to be solved. We want groups to communicate and strategize. And by extension, we want you to celebrate when you win instead of it being a foregone conclusion."

"While at the end of the day, dungeons may just be gussied up loot vending machines, we want you to do more than push a button to get the loot," he continued.

"Ultimately, we don’t want to give undergeared or unorganized groups a near guaranteed chance of success, because then the content will feel absolutely trivial for players in appropriate gear who communicate, cooperate, and strategize."

Check out more of Greg Street's explanation of the Blizzard team's thought process to those Heroic dungeons you love to scare the newbs with tales of while hovering with a flying mount dripping with ethereal light, and weapons that look almost sentient.