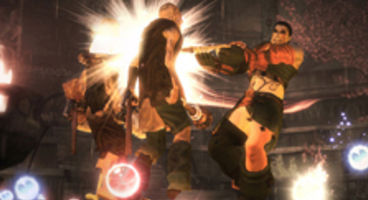 Tomorrow, May 17th, is the official release for PC Fable III which retailed on Xbox 360 late last year. The original game was also released on PC - what of Fable II?

Lionhead's coders have already moved on to "new projects", reveals senior designer Mike West. The "time was right" for Fable III to cross over to the PC desktop.

They simply don't have the manpower to bring Fable II to PC as everyone has moved to the next major developments at the UK studio. "With Fable III the team and time was right to create a PC version,” said Mike West.

"Once the game went to submission the content creators started working on DLC and therefore the coders were free to start on the PC version."

"Unfortunately for Fable II fans, those same coders are already working on new projects and going back to a Fable II conversion isn’t a priority I’m afraid,” he added. Our review of PC Fable III will be available tomorrow once the embargo lifts at 5.00pm BST.

A number of changes have been made to the game and it's no quick fire port to the PC as thankfully Lionhead took their time to the benefit of the PC community. It's where their roots lie after all. What new projects could Molyneux and co. be cooking up?