16 November 2011 | By Jonah A. Falcon
Epic Games has announced the second update for Gears of War 3, which will be launching on the 16th September. While the update is being uploaded, the dedicated servers will not be available for multiplayer. 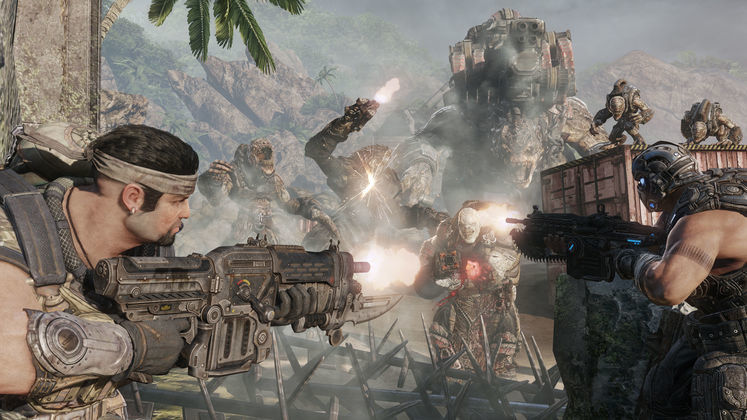 The patch notes for the second update include the following fixes and tweaks:

* A spectator mode option has been added to private versus matches for broadcasting by gaming leagues.

- - One player on each team will be able to choose spectator mode during match set up.

- - The matches will be 4v4 with two spectators

* The Leader and Vengeful medals are now easier to acquire.

* The mutators Roadie Comet and Regen Enemies are now easier to acquire.

* Added a visual indicator of the next ring’s location during the last 10 ring points in KOTH.

* The Onyx Field Engineer medal can no longer be prestiged.

* In Capture the Leader, the overhead Beams on DryDock are no longer accessible.

* While affected by the Smoke Grenade stun, players will no longer be able to take hostages, pick up weapons or revive teammates.

* If there is a host migration during Horde, the match will resume at the same wave.

* Also during Horde, the Combat Engineer ribbon can now be achieved once per wave instead of once per game.

* The Ranked Disconnect stat will no longer increase when quitting a standard Horde or Beast game.

* The cringe from the Mortar will no longer cause players to drop their primary weapon.

* Maps will no longer be immediately repeated when choosing random map selection.

* If the host pauses during a private versus match the game will continue for other players.

- - The game will still pause in the Campaign, Beast and Horde.