17 January 2011 | By David Brown
You learn something new every day, it seems. Your correspondent only just found out there was a sequel to the classic 1985 beat-'em-up Yie Ar Kung Fu. Apparently it was terrible, not having played it myself.

Our focus today is on the original, an arcade fighter that saw you, as Oolong, go up against a formidable array of muscular and tricky foes before facing off against the head of the Chop Suey gang, Blues. 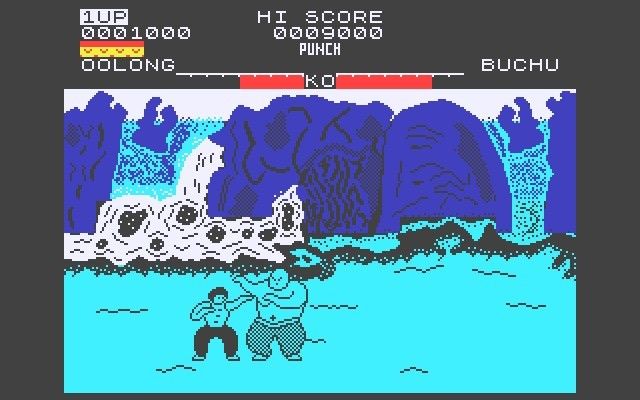 The question is, will the childhood memories of being sat in front of my grandfather's TV pounding the Spectrum's keyboard into submission while attempting to eliminate the minx Fan, be ruined by revisiting such an old favourite? Probably, but let's do it anyway.

First, you've got to get the thing running. As usual for Spectrum-related retro tomfoolery, the only place you need to be is World of Spectrum, what with its vast collection of games, scans of reviews and everything Sinclair. The only thing it's missing is a big picture of Sir Clive looming over you when you hit the main page.

You'll have two options when you finally get to the Yie Ar Kung Fu page, 128k or 48k. Whichever one you click, you'll need your browser to have the Java plug-in or nothing will happen. Also, Firefox didn't like it on my machine, so a quick switch to Google Chrome did the trick for me.

Once you're in (and only the 48k link actually worked this end) you've got to go through the arduous task of finding out how the hell to play the damn thing. It's not always easy, even when you refer to the manual on the WoS page.

For example, the emulator claims to have Tab set to fire when in Kempston joystick mode, but that didn't work. Nor could I determine what the fire key was when using any of the other control options, finally having to resort to defining my own controls if I wanted to get anything going. 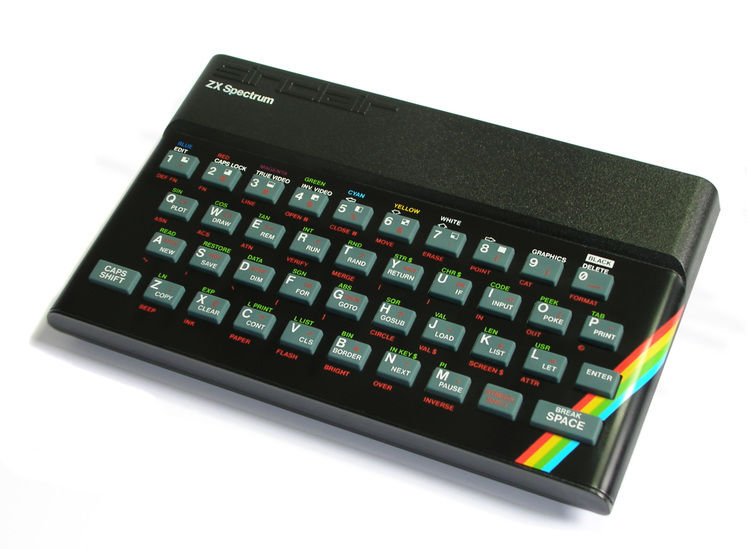 Even when you're facing your first opponent, the bloated E Honda prequel called Buchu, the controls are incredibly unresponsive and perplexing. Apparently you can do kicks as well as punches, but nowhere in the manual or in the game does it explain how you switch between fist and feet attacks. Madness.

Eventually, after much random key prodding, it was discovered that the space bar changes your 'stance' from punch to kick, although as the controls don't function well, you might as well just pick one and stick with it.

Buchu is really easy to beat, rarely striking out and occasionally sailing over your head in a flying headbutt E Honda move (the similarities are striking, actually). Just wade in and spam one attack and you'll beat him easily.

From then on, things get trickier. Star, your next opponent, chucks shuriken at you every so often, and she attempts to hit you much more than Buchu did. It's at this point the rose-tinted spectacles well and truly came off, replaced with cries of rage and hatred.

After Star comes Nuncha, Pole, Club, Fan, Sword, Tonfun and the mirror image of yourself (just quicker) Blues. I remember desperately trying to beat Blues in my youth, but now there's no temptation to get past Tonfun to get to him.

What this experience has taught me is that it is essential to leave your memories alone, leave them be. Don't attempt to revisit games such as Yie Ar Kung Fu, as they just won't hold up at all. I remember it as being a brilliant beat-'em-up, yet having wrestled with the configuration and the controls for a while, you get the idea that the effort you've just put in really isn't worth it. 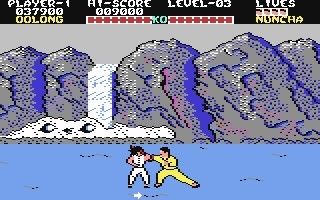 It was nice to see the old gang again, but really they should have been left in the closet of time, forever preserved behind the tinted glass of hazy memory. Now, their reputations have been sullied, besmirched and tainted beyond hope.

As for the second game, if it really is a lot worse than the first, it'll remain an unplayed curiosity for the rest of time.