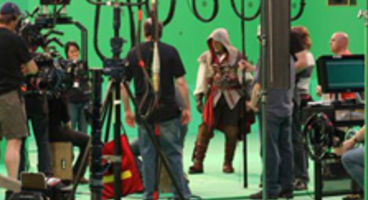 "We want to keep ownership, retain control over the film content, and we're open to work with studios on the development of our projects, and eventually collaborate on the pre-casting, pre-budget and script," said Ubisoft Motion Pictures chief Jean-Julien Baronnet.

They're very happy to work with studios and directors but the publisher is keeping a tight grip on their franchises, and every project would be collaboration - not a licensing deal.

"Our strategy is not to diversify but to bolster the appeal of our franchises - that's why we want to make sure our films will reflect the brands accurately and consolidate our fan base while expanding beyond the games' primary target audience," added Jean de Rivieres.

There are no specific details yet on the projects beyond Ubi's desire to see all three of those franchises in the cinema in the future. It's hoped a script will be ready by the end of this year for one of them. Significant interest is coming from Hollywood.

A cartoon TV series of the Rabbids from the Rayman universe is also in the pipe. Which of the three IPs would you most like to see on the big screen first?