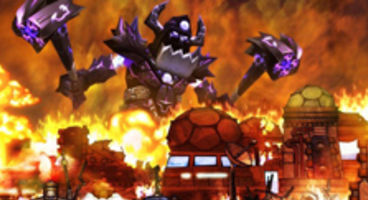 That's the day after it hits the PlayStation Store frying pan. What happens when DeathSpank tries on all six of those power-imbued thongs at once?

This is the first time that DeathSpank won't have his name in the title as the game is just called 'The Baconing'. This time our hero tries on all the thongs of power and it results in the creation of the Anti-Spank, a being of pure evil that must be stopped.

The Baconing releases on PS3 and Xbox 360, August 30th and 31st respectively. 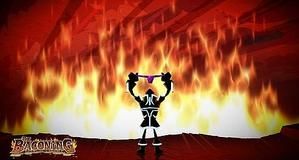