Kinect SDK for PC this Spring 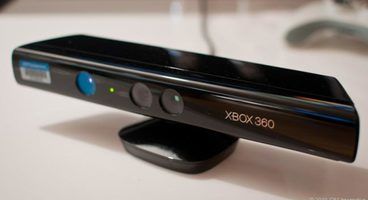 Microsoft has officially announced that the Kinect software development kit (SDK) for PC will be released this Spring, which had been rumored about.

In an email sent by the Xbox Team:

Today, Microsoft announced it will release a non-commercial Kinect for Windows software development kit from Microsoft Research later this spring. The intent of releasing a “starter kit” for application developers is to make it easier for academic research and enthusiast communities to create even richer experiences using Kinect technology.

The Kinect for Windows SDK from Microsoft Research is being developed and released by Microsoft Research (MSR) in collaboration with the Interactive Entertainment Business (IEB) to support a growing community of academic researchers and enthusiasts who are exploring potential applications built using Kinect. 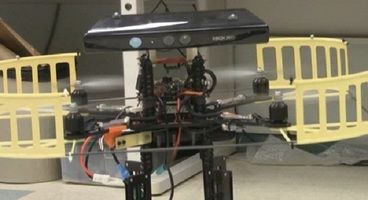 A Kinect flying machine. No, really.
The starter kit will give academic researchers and enthusiasts access to deep Kinect system capabilities such as audio, system APIs, and direct control of the sensor. Microsoft will deliver a commercial version of the SDK later. There are no further details to share at this time.

It seems like Microsoft was forced into the realization there was a deep interest in Kinect from PC users, from all of the incredible software developed for it without the benefit of an SDK, and especially from the robotics community as by far the cheapest and more effective "eyes" and visual interpretation device. At a mere $150, Kinect has become the de facto eyes of choice for robotics.

With developers having a real SDK and instructions for Kinect, it'll be fascinating to see where the mod community takes Kinect.