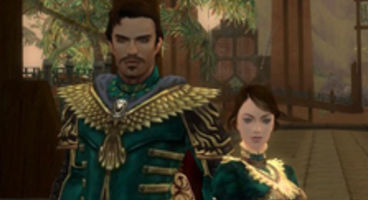 "That sort of sneaky anti-hero sort of role – we don’t have something that fits that archetype, we haven’t revealed one,” said Guild Wars 2 lead designer Eric Flannum. “So yeah, we think people who enjoy that play-style will find a profession they like as well.”

One light and two more medium armour class reveals are set to be announced. "What we’ve said at some point is people who enjoy that play-style will be happy,” added NCSoft’s Jon Peters. “But no more than that.” How is Guild Wars 2 shaping up for you?