BioWare wants to continue the Mass Effect franchise after ME3 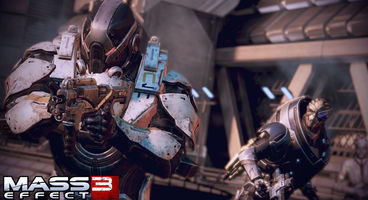 Mass Effect 3 doesn't bring the end for the franchise when it's released in March next year, as Bioware plans to continue the series, but it isn't sure how yet.

“Certainly the setting has really resonated with people, the type of aliens in the world, the type of people that inhabit space,” said BioWare founder Greg Zeschuk in an interview with Forbes.

“Obviously we focus first and foremost on nailing it on this game, and then, you know, the possibilities in the future are very, very broad.”

“We want to make sure it’s awesome. Mass Effect 3 is our first focus,” added co-founder Ray Muzyka. “Beyond that, we do have a desire to continue the Mass Effect franchise, and we’re working on the details, figuring out what the fans want, figuring out the right way.”

We'd bet a decent amount of money on Bioware taking the franchise to next-generation consoles, when they finally appear.