Irrational "didn't have a chance to finish" Tribes: Vengeance 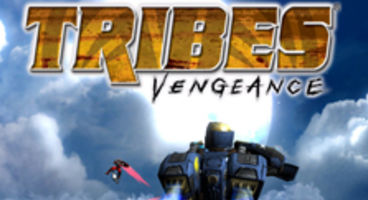 The "corporate overlords" at Vivendi at the time were closing studios left and right, and Sierra was axed 6 weeks before Vengeance shipped.

"Sierra was closed down about six weeks before the game shipped, so I didn’t have a chance to finish the game,” said Chris Mahnken, producer of Vengeance.

“I would have added three or four months to the schedule and focused entirely on the multi-player maps and the competitive match play system (which never really got finished). If you’re making something for people to compete in, the surrounding tools for that competition are critical. We never had a chance to finish them.”

Publisher Sierra was in deep financial crisis and parent company Vivendi started amputating. "All through the development of the game Sierra was slowly being shut down by our Vivendi corporate overlords down in lovely Culver City,” he continued.

“It was unfortunate, because we were actually making a profit, while they were losing money hand over fist. They closed Dynamix, Papyrus, Impressions, and about 10 other smaller studios over three or four years in an attempt to stem the bleeding."

"It was kind of like somebody with a gunshot wound to the chest trying to heal themselves by cutting off hands, feet, arms and legs.”

Tribes: Vengeance had its PR and marketing pulled crippling it's exposure and leaving an unfamiliar executive leading the charge in marketing who said to make the game “much more like Counter-Strike” with some bullet time thrown in.

"The end result was a game that had no support from the corporate offices, and ended up with one magazine cover about 8 months before it released, and one single magazine advert and not even any web ads,” bemoaned Mahnken.

“The game also ended up shipping right with several of the biggest shooter franchises, because we shipped on schedule and they were all late, so by meeting our schedule we ended up hurting ourselves. That 4 month delay to improve multi-player would have put us in a nice open space in the release schedule."

Tribes: Vengeance released back in 2004 and Irrational Games was credited only for 'killing the series', but luckily HiRez have announced they're reviving the IP. 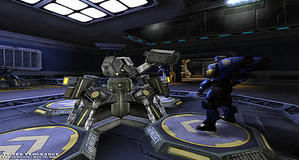