07 November 2012 | By Jamie Davey
Ubisoft announced today that the Assassin's Creed Anthology, a collection containing every Assassin's Creed game for the Xbox 360 and PlayStation 3, will be released exclusively at Amazon in the UK on 30th November, 2012 for £119.99. 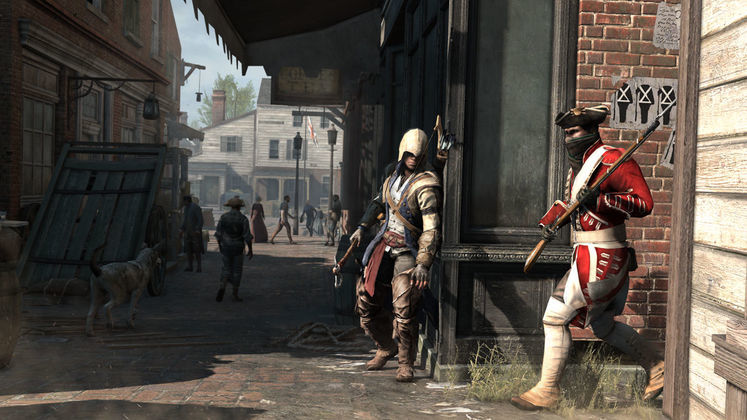 Experience the power of an Assassin in Jerusalem, 1191 AD during the brutal times of the third Crusades.

Assassin's Creed II introduces you to Ezio, a new assassin carrying on the deadly lineage of his forebears. Confront an epic tale of power and corruption as you hone your assassin's art, wielding weapons and instruments designed by the legendary Leonardo da Vinci himself in this gripping and deadly sequel.

Sequence 12: Battle of Forlì DLC and Sequence 13: Bonfire of the Vanities DLC.

Ezio must journey into Italy’s greatest city, Rome, center of power, greed and corruption to strike at the heart of the enemy. Defeating the corrupt tyrants entrenched there will require not only strength, but leadership, as Ezio commands an entire brotherhood of assassins who will rally to his side. Only by working together can the assassins defeat their mortal enemies and prevent the extinction of their order.

Ezio Auditore must leave his life behind in search of answers, in search of the truth. In Assassin's Creed Revelations, master assassin Ezio Auditore walks in the footsteps of the legendary mentor Altaïr, on a journey of discovery and revelation. It is a perilous path — one that will take Ezio to Constantinople, the heart of the Ottoman Empire, where a growing army of Templars threatens to destabilize the region.

Assassin’s Creed III invites players to experience the untold story of the American Revolution through the eyes of a new Assassin, Connor. Designed from the ground up over more than two years, Assassin’s Creed III takes one of gaming’s most beloved franchises to new heights.

The Season Pass, providing instant access to all forthcoming Assassin’s Creed III downloadable game content packs, the first of which is available from mid-December 2012.

You can pre-order from Amazon now.