Ubisoft: Travel "not to become a chore" in Far Cry 3 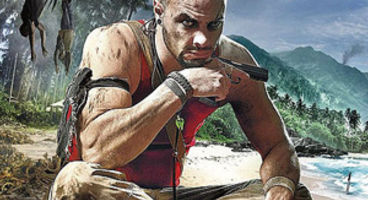 Lead game designer Jamie Keen from Ubisoft says the team have spent a lot of focus making sure they don't repeat the mistakes of Far Cry 2, namely that the driving or general travel doesn't irritate.

We're promised a "fun experience" driving around with greater freedom to drive "70mph off a cliff" if we really want to. Fast travel gets us around making locations feel 'not too far away'.

In the end it's down to player choice and Ubisoft want us to 'set the pace' with how we get around Far Cry 3. The second game suffered badly from less than stellar travel.

“What we wanted to do with this one is we wanted to make driving a fun experience. We wanted it to feel like you can pull a handbrake turn round a corner and when you do it it is great and fun to do. You can just launch your vehicle at 70mph off a cliff – it might not do very well – but you can do that stuff," Ubisoft's Jamie Keen told OPM.

“We want travel not to become a chore”, he continued, “If you want to just travel across coastal roads for hours on end, by all means knock yourself out. We have fast travel points that let you move quickly around the world.”

“You never feel like anything is too far way but it’s there and its the choice that you are making, This idea of player choice is very important to us, that you are the one that’s deciding the pace and what you engage with.”