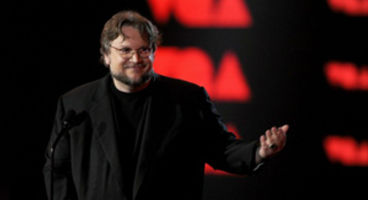 The game's development hasn't been cancelled, announced THQ's Danny Bilson, but there's no clarification if they'll be publishing it or letting it go elsewhere. '8 to 10 years to build.'

Director Del Toro's inSane is said to be a sandbox-style shock fest, first unveiled at the VGAs in 2010 with Saints Row developer Volition said to be handling the IP.

The publisher says inSane will give us an "unprecedented cinematic experience while redefining storytelling in gaming" and Del Toro added the first instalment would bring players to "question their own senses of morality and reality". This new game will apparently take 8 to 10 years to complete, noted Bilson, torpedoing an initial 2013 release window.