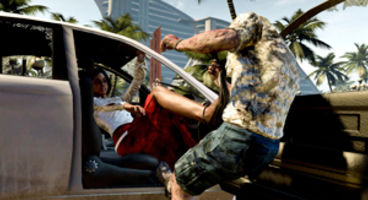 Could a Dead Island sequel be developed without its creator Techland? According to reports publisher Deep Silver has been shopping a potential Dead Island 2 to other studios.

The publisher has responded saying that they have "neither something in place or in discussion" between parties at this time, nor any "concept or production with external partners."

As for developer Techland, they've "lots of ideas for the future but at this time we can't talk about any details," said international brand manager Blazej Krakowiak.

Dead Island proved a smash hit despite being a somewhat buggy open world zombie slayer. Apparently Techland is working on the Dead Island Game of the Year Edition. Back in November the studio trademarked the term Dead World, but Krakowiak dismisses that as nothing really to get excited over.

"Okay, let's set the record straight," he said. "The only thing that happened was that Techland registered Dead World as a trade mark. Let me point out that it's hardly the only trade mark we own."

"We didn't confirm or deny anything. We can't stop anyone from jumping to conclusions, but we won't comment on rumours." The success of their new IP hasn't changed them much: "While Dead Island is Techland's most successful title, it's not a game changer for us. It's simply another proof that our philosophy of combining proven ideas with innovation and a fresh approach pays off," he continued.

"In a way, every well received game opens some new opportunities for a developer, and we're very happy with Dead Island's performance. It definitely gave us an incentive to work even harder."

Techland employs around 200 staff revealed Krakowiak, and more than 160 of them are "directly involved in making games" at the studio. With such a large number surely there's enough room for Dead Island 2?

"It's easier to state that Techland can and does work on more than one project at a time," explained Krakowiak. "Not all projects are of the same size, not all of them are in the same phase of development."

"For example, we have recently launched our new brand, Shortbreak Studios, dedicated to mobile games, with its first game already out in the iTunes AppStore. There's also Chrome Engine, our proprietary technology, which we've been developing for more than 10 years."

"Some people want or need to switch teams in between projects or even in the middle, when their work (like creating concept artwork) is pretty much done. Others are peerless specialists in a certain field and lend their expertise to all who need it," continued the international brand manager.

"It's a testament to the atmosphere at Techland that we have people who have been with the company for more than 10 years," he said, and noted the average employment time at Techland at an impressive six years."

Will Dead Island continue under the helm of another studio? With the huge success of The Walking Dead TV show and even Telltales adventure series, there's plenty to capitalise on. Arma II mod 'Day Z', which adds in zombies, has exploded sales of Bohemia Interactive's military sim by 500 percent.