Remember when zombies were cool? There was this half-decade period between the release of Dead Rising and about the second season of the Walking Dead TV series where the undead were the cornerstone of pop entertainment, and culture as a whole hadn’t yet gotten sick of them.

Dead Island 2 slips into 2016, "decided we didn’t reach that goal we set out to achieve"

The team behind Dead Island 2 has pushed their zombie whacker RPG into 2016 as they feel it 'doesn't match their goals' for the project, and need more time to take it to the "next level". The sequel is being handed by Yager.

Original Dead Island developer Techland has of course moved on to Olympic-level zombie parkour in Dying Light. We'll be going to the mainland in Dead Island 2.

Techland created the first Dead Island, a sun-soaked zombie action-adventure that wasn't all that brilliant but did very well commercially. So why aren't they involved with the sequel?

In an interview with Eurogamer, Techland game designer Maciej Binkowski shed some light on the situation. "Right from the start, the IP was theirs," he explained, referring to publisher Deep Silver. "At that point we weren't really in a position to negotiate, so that was the best deal we could get."

Deep Silver has announced that zombie-hunting co-op sequel Dead Rising 2 will be coming to PC and current-gen consoles in Spring 2015.

Set after the events of the first outbreak on Banoi Island, Dead Rising 2 takes place in an infected and walled-off California, "a dynamic, bright, and beautiful open world where you and your friends fight endless zombie hordes with your handcrafted weapons."

Remember the original teaser trailer for Dead Island that became an internet sensation? Some intrepid fans have recreated it frame-by-frame in live action. 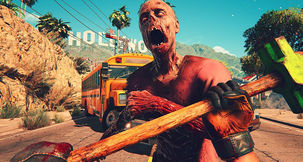 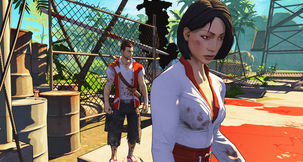