10 Things We Want From Football Manager 2013

19 April 2012 | By Marco Fiori
With 2012’s football season coming to a dramatic close, it's a good opportunity to reflect on simulation-behemoth Football Manager 12 and what the next version might hold (aside from another new Chelsea manager). Every year sees fans' favourite Sports Interactive attack its previous version with the aim of making the latest version the best yet. Much more than a yearly rehash, SI Games commits itself to its community. It listens – an activity that’s rare in this industry.

So aside from minor tweaks and another attempt to get the game’s training system right, what major changes would we love to see in Football Manager 2013? 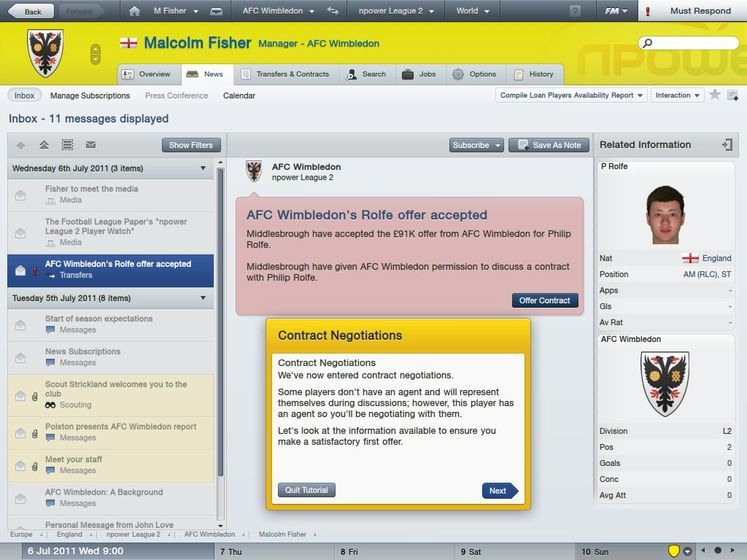 Media – In-roads have definitely been made with media interaction, but so much more can be done. At the moment you still find yourself grinding through repetitive questions. As is customary with every new Football Manager, most players give media interaction a chance before turning to their Assistant Manager for support. To improve, the easy answer is greater variation – but cycling the questions doesn’t necessarily mean improvement. It’s all about dynamism – i.e. getting the press to actually mirror what's going on in the club. We’re not going to lie; this does drift into semantics, but it would be great to see media spruced up over time.

Player Lives - Football Manager has always recreated the beautiful game to astonishing detail, but nowadays the sport is more than kicking a ball around a pitch. Players' lives are under constant scrutiny, and a week doesn't go by without news of an affair, rape, assault, or hair transplant. Capturing this metanarrative would be difficult, but imagine form being more than performance / training related. Your star striker who was out binging the night before finds himself sluggish for the next match and refuses to come off the bench to play. It would certainly provide a break from that repetitive inbox of ‘Joe Bloggs is unhappy and absent from training due to a lack of first-team play’.

Goalkeeper AI - Yes, the quality on show in the lower leagues is a different beast to the slick passes of the Premiership, but those languishing in Blue Square Premier aren't that bad. Some of the handling we see in matches is pathetic and deeply frustrating. While we understand the need to stagger skills as well as the difficulty in accurately assigning 3D visuals to statistics, our grandparents could do a better job in goal. It's regularly a comedy of errors, and not the amusing kind.

Financial Control - OK, so a club's economic growth isn't the realm of a manager, so why assign confidence to a manger in this area? Even when you're successfully sticking to the tightest of wage budgets, you're still penalised by your club's inability to demonstrate financial stability. The limited controls, even with board requests thrown in, need to be relaxed to give you some breathing room.

Better Multiplayer – Football Manager Live semi failed, so we understand the difficulty of creating a functional multiplayer version of a slow-paced game. People’s play styles, available time and location all factor into a multiplayer game of Football Manager, so at least the technical side should work smoothly. Football Manager, when played as a network game, is notoriously slow (and that’s not counting the glacial decision-making speed of competitors). Just loading a player sheet can take several seconds (though the new attributes shortcut helps), and when you’re playing a game which revolves around information, this lack of pace is unacceptable. One day we’ll log-in and somehow play with others with flawless performance, but we can’t help but feel it’s a desire still years away.

Transfer Interest - Football is a game of people making split-second decisions. Football Manager has come to reflect this fact with the introduction of real-time contracts and player-agents, but transfer interest still boils down to a few choice players on the pitch – no-one ever wants your reserves – not even pathetic teams propping up the table. Furthermore, it's depressing when your computerised opponents have the breath of a database. They cherry pick the best because they can - you're limited to your human capabilities and back room staff. Where do all these players your opposing managers find come from? Wishing to raid the fridge, only to find it empty is an accurate comparison.

Benchwarmers – Please, let us assign the Secondary Keeper status to a new signing - having someone join your team, only to moan they haven't played a game is irritating. Most clubs have a reserve keeper who rarely plays (heaven forbid if you’re the third-choice keeper), and he knows just what his role is. It's unfair to keep cycling keepers just to keep people happy – it’s something that never happens in football.

Shot accuracy - 40 yard screamers from your opponent? 1 foot sitters spooned over the bar by your leading men? Sound about right? It could just be our tactics, or the unfair limits of computer control, but sort it out Sports Interactive. 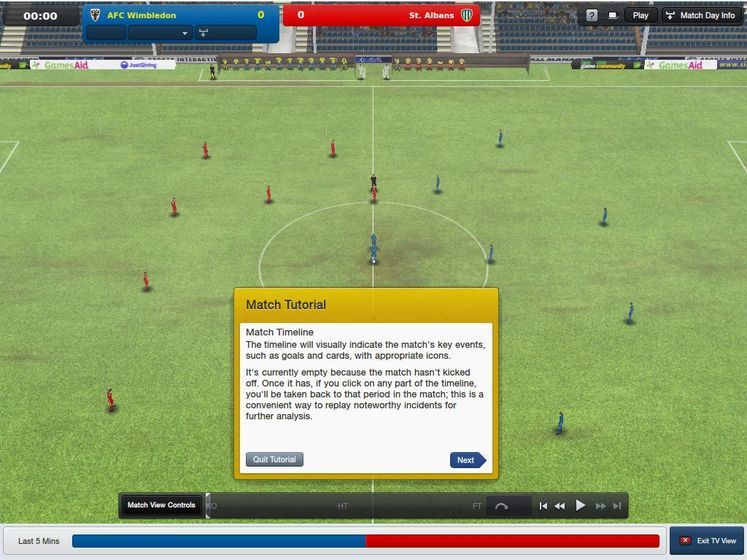 Multi-desktop Support – With Football Manager 12’s overhauled UI, there was a genuine step in the direction of Football Manager OS. Imagine a world where you don’t turn on a computer, but rather your computer is Football Manager. You can load the internet and play other games, but FM 13 (arguably we’re thinking much further into the future with this one) would be your operating system – widgets could be dragged around; Outlook is your actual inbox – push notifications about your transfer targets are sent to your phone. It’d be magical.

Mobile Support – Which leads us nicely onto our concluding thought – FM Handheld / iOS / Android already exists, but they’re standalone experiences with no consistency. Imagine being able to iCloud-sync your save game (or Dropbox) before moving onto the train to continue your managerial dominance. Even if the practicality of file-transfers are out, why not create a native app for scouting, tactical tweaking and correspondence? How about a real-time Football Manager – a further blend between FM Live and Football Manager the game. Football Manager Life.

Get cracking Sports Interactive – you can have these suggestions on us. 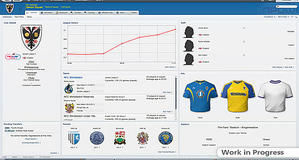