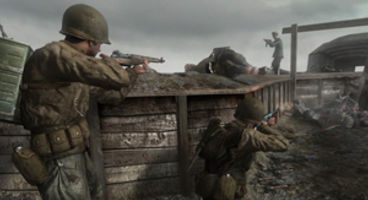 Vicarious Visions, a subsidiary of Activision, was for a time working on a tactics-based Call of Duty instalment. This spin-off was discovered via a studio animator's online work portfolio.

A brief clip showed a WW2-set prototype that was in development for Xbox 360, PS3 and PC. It took place in 2009 but it's unclear how long it went on for. Vicarious turned to Spyro.

The Nintendo 3DS version of Skylanders: Spyro's Adventure came from Vicarious Visions and was their latest release. The studio currently has three projects in the works.