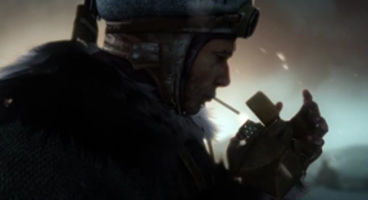 Bionic Commando developer GRIN, who also made Wanted and Terminator: Salvation, was working on rebooting the Strider IP which even got a CGI teaser trailer for the project.

Also revealed to have been in the pipe was a Streets of Rage remake. These two were being handled by Grin Barcelona, a satellite of the Swedish studio. Sadly the deals fell through.

The Strider project was pulled by Capcom after Bionic Commando flopped, but Grin tried to repackage it for Ubisoft who didn't bite. Streets of Rage would have been a digital title for SEGA.

Spanish site AnaitGames managed to get together a number of artworks from the two projects. Developer Grin closed down in 2009 after a spate of deals collapsed after poor game sales. Allegedly Crytek was looking to snap up the studio but was turned off by the high price wanted by Grin management.

Bo and Ulf Andersson of GRIN claimed that the developer's demise was due to Square Enix's "betrayal" as they didn't pay for their Final Fantasy spin-off project, claiming milestones weren't met. In August 2009 they closed due to an "unbearable cashflow situation" with too many publishers delaying payments to the studio.

Did you enjoy any of GRIN's work, video gamer?