22 October 2012 | By Nick Akerman
Anarchy Enterprises has announced the development of independent title Devil's Cove. The game will be funded through Kickstarter. 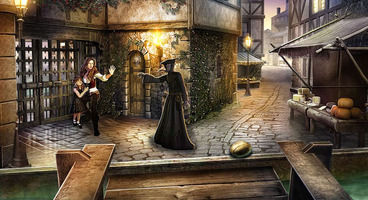 This point 'n click adventure is inspired by games such as Broken Sword, Myst and Monkey Island.

Devil's Cove is a harbor town that is being terrorised by the Plague Doctor. Local authorities have given up on catching the baddie, so it's your job to hunt him down.

The game will feature multiple endings. It will task players with making key decisions, many of which will decide which conclusion you see.

Devil's Cove will be available on PC, Mac and mobile devices.