25 September 2012 | By Nick Akerman
Assassin's Creed 3 is set to tie up the loose ends left by previous games. The title will also leave plenty of questions as to what will happen in the future. 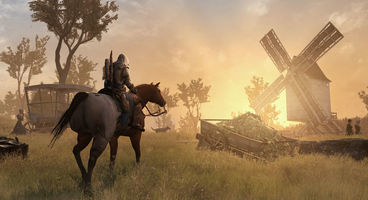 Lead writer Corey May said whoever takes over the series next will have room to do what they want.

"Should they decide in the future to do other stuff, there's plenty of room to explore, plenty of seeds that have been planted that won’t conflict," he said.

"It was my intent to provide pay-off and to answer questions for those who are invested in them. It should provide a fairly lengthy ending that will also give room for answers and pay-off."

The storyline has been difficult to follow right now. Previous endings have changed the series up dramatically and left many gamers confused. May reveals AC3 isn't going to unleash a random twist for the sake of it.

"The ending should not come out of nowhere. You will not wake up and find that you were in an Animus reliving the life of someone who was in an Animus. We are not doing that. It was not all just a dream."

"I think people that have invested in the Desmond storyline will understand where the end of the game comes from. We're tying up loose ends and providing answers and resolution to things. You're not going to get another tremendous insane-o cliffhanger."