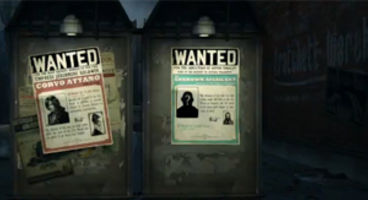 Arkane's Dishonored has publisher Bethesda chuffed to bits as it keeps selling like crazy. It's "especially cool" as it's an all-new IP up against well-established franchises, says marketing boss Pete Hines.

The game had "terrific numbers again" this past weekend, both at retail and on Steam. Dishonored was ranked the 1st over the holiday weekend in sales, he continued. It's "clearly" a new franchise.

While Bethesda are in love with Dishonored, its creator Arkane is unsure if they want to continue exploring the new dark world they've built, or leave it standing alone.

“I can tell you that Dishonored is far exceeding our sales expectations,” said Bethesda marketing chief, Pete Hines, “which is especially cool considering it's a new IP facing a host of well-established franchises this quarter."

“We did terrific numbers again this past weekend, both in stores and on Steam, where Dishonored was listed as the number one selling title over the holiday weekend. And Dishonored has really sold well overseas.”

"So, we're very pleased and appreciate all the fans that have supported Dishonored and Arkane. We clearly have a new franchise," added Hines. In the UK Dishonored missed debuting atop the chart because of FIFA 13, but has proven the biggest launch title for a new IP in 2012, which was held by Square Enix's Sleeping Dogs before.

In the US it sold 460k copies through October, reveals NPD figures, but that doesn't include digital. Given it has moved a ton of sales through Steam alone, that figure is doubtlessly much higher; silly retail. Dishonored is set to receive its first delivery of downloadable content in the form of challenge maps in Dunwall City Trials this December 11th.