BioShock Infinite's ending may cause controversy 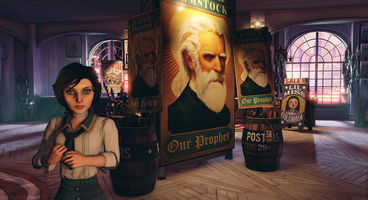 Gamers with strong religious backgrounds should be warned that the ending of BioShock Infinite may offend their sensibilities, as creator Ken Levine has stated that one artist nearly quit over it.

According to Levine, "There was a scene in the game at the end where one of our artists got to a point in the game, played it, turned off BioShock, opened up his computer, opened Microsoft Word, and wrote a resignation letter. It had offended him so much.”

The controversy seems to revolve around the antagonist Comstock, and his faith. “I realized that something I could connect to was a notion of forgiveness and what an important part that is of the New Testament and why Christ was such a revolutionary figure,” Levine stated. “And thinking about how I would incorporate the power of that notion to Comstock into his world was, to me, the key. Because who hasn’t done things that they don’t want to be forgiven for?"

It seems that certain things had to be done to make Comstock a more Messianic figure.

Levine explained, “And it occurred to me that I had to figure out why people follow him. That was the key to his character. Why do people follow him? What does he provide to them? And I struggled with that for a long time because obviously an ecstatic religious experience is something that a religious leader provides but I don’t have a connection to as a writer. And it’s always hard when you’re trying to write something that you have never felt. And that would feel dishonest to me.”