04 January 2013 | By Joe Robinson
So, 2012 eh? That was fun. Depending on who you talk to this was either a really, really good year for videogames or a really ‘meh’ one – luckily we here in Strategy Informer are leaning more towards the ‘good’ opinion. All across the board, from indie’s to consoles, Strategy to FPS, epic releases have further proven what a great medium videogames is. How then, does one choose an ultimate game of the year? I prefer the “Ip, dip” method myself, but I suppose consultation of my peers is just as good.

I’ve enlisted the help of our Managing Editor Jamie Davey, News Editor and regular Reviewer Nick Akerman, and Review regular Chris Capel to offer their thoughts on 2012’s top games. First off, we’ll start with each of our favourite games of 2012: 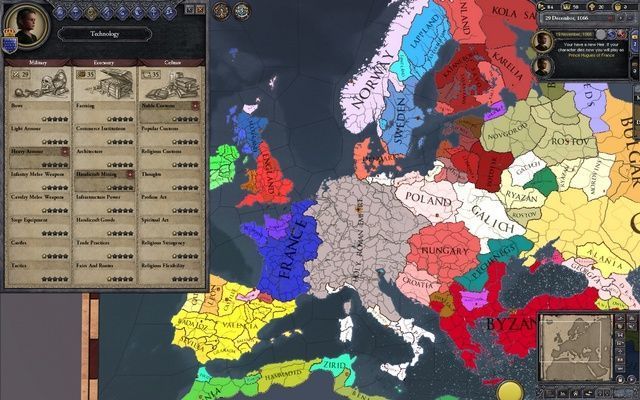 Crusader Kings II holds a special place in my heart as my personal top game of 2012. Quite easily Paradox’s best title of all time, this is one finely crafted videogame. The gameplay, whilst possessing great depth, is completely accessible due to the fact that you’re dealing with people, and not abstractions of a fledging nation. It's The Sims factor in full force and it create a rather compelling environment to play around in. We’d say “One more turn” syndrome at its finest, except Crusader Kings II is in real time, which in a way is even worse.

The best bit hasn’t even been fully realised yet – Paradox have been releasing DLC for the game through-out the year, each looking at one key part of the game and improving it – with more goodies yet to come. 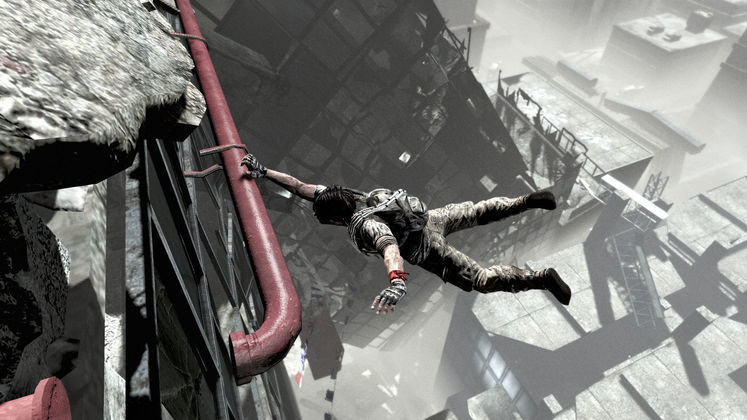 Nick’s Favourite game of the year was I Am Alive, that survival-horror game from Ubisoft that fell off the radar for a while. It received mixed reviews across the board: some liked it, some hated it, but for Nick it’s the “most important title of this generation”. He praises I Am Alive for the tense atmosphere, the challenging gameplay and the design of the survival elements themselves – especially when dealing with people who are trying to kill you. It’s a game that’s constantly testing and pushing the limits of morality, and by the sounds of things Nick came out of playing this game a different person. 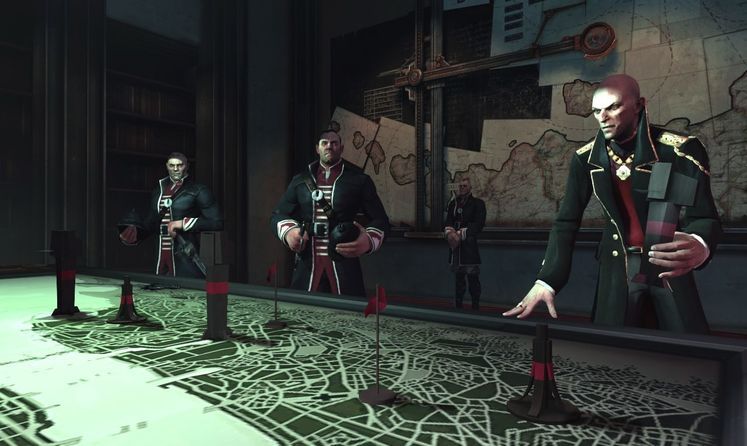 Bethesda’s gritty fantasy stealth-action game came as a surprise – in a year where truly brand-new IP amongst the AAA publishers was becoming increasingly rare, here comes something that is 100% brand-new, and is Chris Capel’s favourite game of 2012. He attributes Dishonored’s greatest triumph as “creating a compelling and endlessly explorative new world for us to experiment in.” With its dark and twisting story, solid characters and of course the ridiculously open nature of each level, Dishonored was always destined for greatness. The big question is, will this franchise be continued on in a sequel? Who knows.

This is Jamie’s top game of 2012, and to be honest it was close to being mine as well. The success of Firaxis’ remake I think is two-fold: Firstly, they appeased nearly everyone who had fond memories of the original 1994 classic: managing expectation and keeping the feel and theme of the original alive whilst still giving it an ‘overhaul’, but they also succeeded by creating a turn-based strategy game with so much passion and atmosphere, that even people who didn’t even know what XCOM was found themselves hooked. From people like Jamie – who remembers the original release quite fondly, to someone like me, who never played the original, Firaxis won on all fronts. They even get bonus points for making this game work really well on the consoles too.

For this piece, everyone was asked to pick five games (including top game) – The following games are games that featured on multiple people’s lists. They say great minds think alike, and great games are bound to feature in several places – let’s take a look: 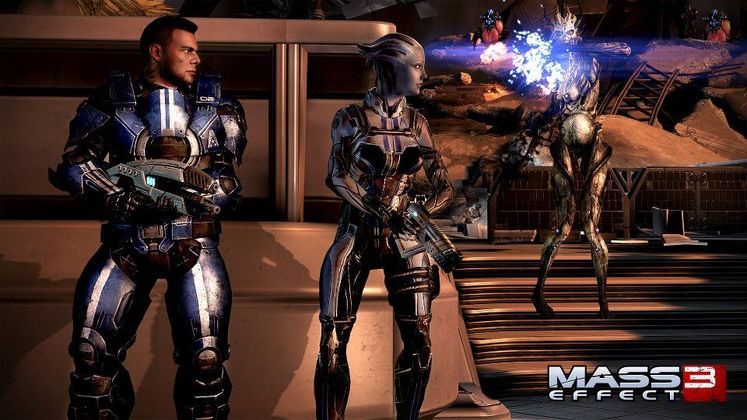 Despite the controversy caused by the ending sequence, Mass Effect 3 is still one fantastic game. Bioware really perfected the action elements of the gameplay, whilst still managing to retain many of the role-playing elements that made the first title so good. It’s compelling, it’s emotionally charged, and the path it takes you towards the end shows the true potential of multiple game-spanning arcs and threads – something that has never really been done to such an extent before. Choice and consequence beautifully rendered, which is why this is one of mine and Chris’ top games of 2012. 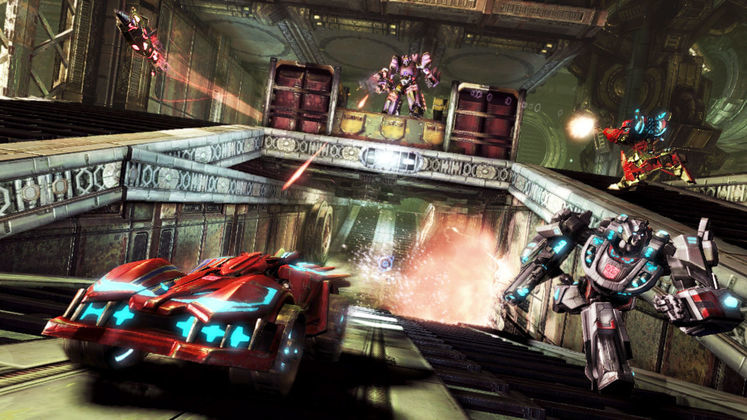 The Transformers franchise hasn’t had it easy – games haven’t been brilliant, we don’t even talk about the films anymore, but High Moon Studio’s War of Cybertron was a great example of how you could take a really fun IP, not tie it to anything, and simply focus on making a great game… and then making an even better game. The 2012 sequel, Fall of Cybertron took everything that was good about the first game, improved on some of the dodgier bits, and once again brought one of my personal favourite cartoons to life in a way Michael Bay could only dream of doing. IT didn’t quite make it to my top five, but it did Jamie & Chris’, and we all agree it’s one great title. 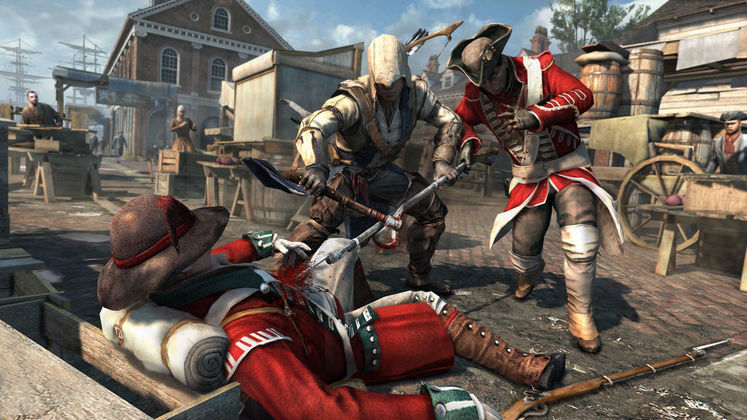 Everyone was looking forward to the release of Assassin’s Creed III, and while it may not quite have lived up to expectations, it’s still a worthy contender for GOTY. A brand new protagonist, a new setting, new technology and abilities and a huge, hugggge, open world. Yeah… still can’t quite get over the blatant pro-America angle, but what can you do. It was in Nick’s top five, and Jamie feels that the Colonial America setting makes up for any weirdness that you get by shifting from Ezio to Connor, and Ubisoft should be proud of what they have achieved here. 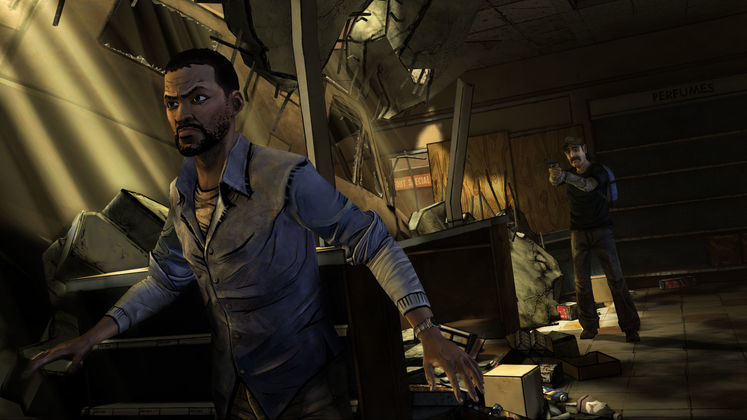 Haven’t played this series myself, but I’ve heard all the good things people say about it. Not only is it probably one of the best examples of a videogame that ties into an existing TV franchise, but it’s also a great poster-child for episodic content – something the industry is still trying to figure out. This series made it into Nicks’s top five, with his favourite being Episode 2, and Chris believes that Telltale have conquered all if you judge on emotional impact alone. Not only that, but the series achieves Mass Effect-levels of brilliance with the way that the story wraps itself around any decisions you make during the game. For anyone who hasn’t jumped into the series yet, might want to keep an eye out for the Retail release of all five episodes. 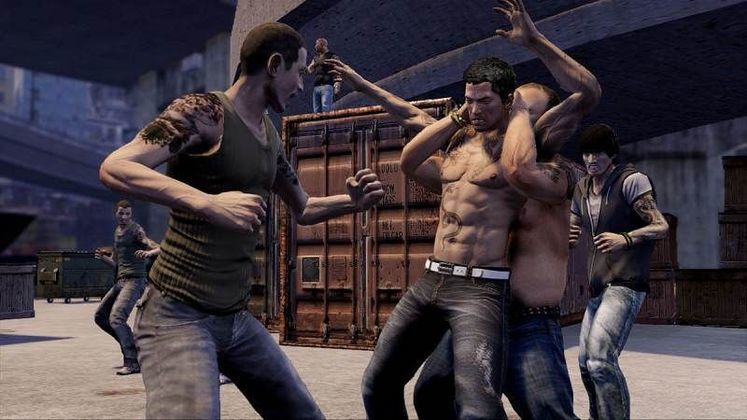 The remaining games were all in either mine, Jamie’s, Chris’ or Nick’s top five, but because they were single votes and not a ‘top game’ we don’t really have the time to talk about them in full. Still, they get an honourable mention for being damn good games: 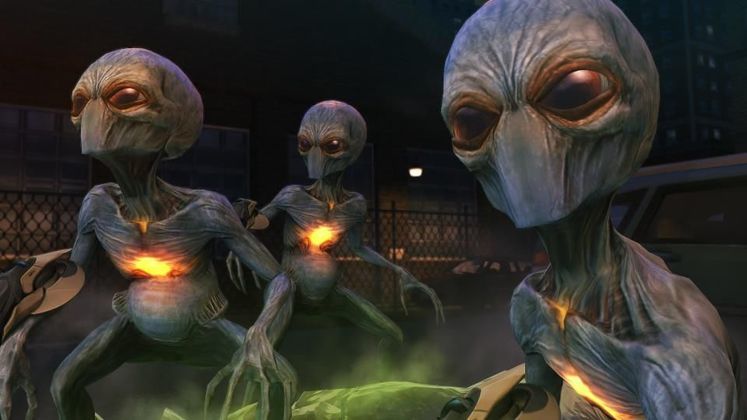 Hah! Bet you didn’t see that coming, did you? To be honest, all the games mentioned above (and even some not mentioned) could have easily won the game of the GOTY title. Considering we’re not separating them out into categories or anything though, any criteria we use would be kind of arbitrary. Not to detract from XCOM’s win or anything, it completely deserves it, and it did so by being the only game to get more than one vote to also be someone’s top game of the year. Congratulations! I can’t stress enough though how atmospheric and compelling this game is – not only does it offer engaging but not too complex tactical action, but there’s just enough management to make you care about what you’re doing, something that not many games have achieved before now. Bring on 2013!