Chris Capel has the touch, he has the powwwerrrrrrrrr yeah.

Activision Pulls All Transformers Games From Steam Without Warning

Overnight and without warning Activision has delisted all of their Transformers games from Steam, including the excellent titles War For Cybertron, Fall of Cybertron and Devastation. This also means that all of High Moon Studios' games are now unavailable.

Activision community manager Dan Amrich has announced that Transformers: Fall of Cybertron multiplayer will permanently increase XP rewards by 100% for the rest of the game's life cycle.

I'd say something witty here, but there's still some chocolate left to eat...

Activision has announced that the Massive Fury Pack is now available for Transformers: Fall of Cybertron. The DLC is available for the PC, Xbox 360 and PlayStation 3 versions of the game. 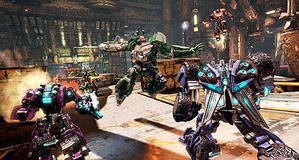 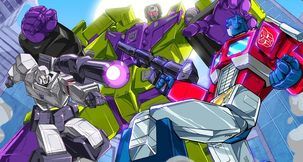 Activision Pulls All Transformers Games From...