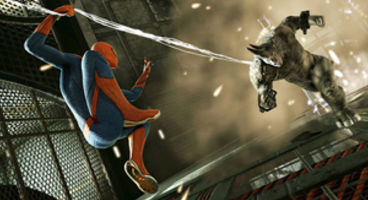 Licensed titles from Activision last year included James Bond, Spider-Man and Transformers. The global workforce of Activision is huge with the loss of 30 barely a ripple.

"Like any successful business, Activision Publishing consistently works to align its costs with its revenues—this is an ongoing process. In 2013, we expect to release fewer games based on license properties and as a result are realigning our structure to better reflect the market opportunities and our slate," Activision told Kotaku.

"Approximately, 30 full-time employees have been impacted globally, which represents approximately one half of one percent of Activision Blizzard's employee population. We are offering those employees who are impacted outplacement counseling services." Some of those cut from the employee roster worked at Treyarch.

"Now that we have launched Black Op II, we are taking a minimal reduction in staff to better align our development talent against the needs of DLC development. The release of the DLC will not be impacted by this move."

Other upcoming licensed games under Activision talent include The Walking Dead and Deadpool.