Avalanche: PlayStation 4 will "out-power most PCs for years to come" 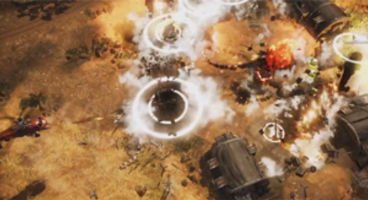 Just Cause and Renegade Ops developer Avalanche Studios is very pleased with Sony's decision to include a beefy 8GB of RAM in their latest PlayStation designs. The PS4 will "out-power most" PC rigs.

Specifically it's the 8GB GDDR5 RAM that's packed into the AMD APU, which combines CPU and GPU into a single chipset. This tech will likely stay ahead of the majority of PCs "for years to come."

A lot of studios developing for the PlayStation platform are excited by the huge increase in RAM because it lets them sacrifice less when it comes to optimisation.

"It’s a perfect fit for the types of games we do, and we are confident that we’ll bring open-world gaming to a whole new level because of it," Avalanche founder Linus Blomberg told Gaming Bolt. "I’m glad Sony decided to go with 8GB RAM because it means that the PS4 will out-power most PC’s for years to come."

"The off-the-shelf philosophy behind the architecture makes sense from a pricing and heating point of view, but it also means that Sony more easily can make incremental improvements of their system. If that’s actually their plan I don’t know, but it could help preventing the inevitable loss of market shares that the long console cycles entails.”

Avalanche is believed to be working on Just Cause 3 for next-gen platforms as well as a game based off Mad Max. Their last release was the shooter Renegade Ops in 2011 for Xbox 360, PS3 and PC.