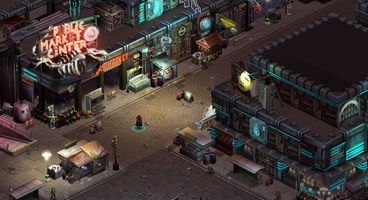 Harebrained Schemes is finally able to make good on the promise of a DRM-free Shadowrun Returns after "a new agreement we were able to negotiate" with Microsoft. This was originally a Kickstarter pledge.

Breaking that solemn vow caused quite the upset but moving forward Shadowrun Returns and its upcoming Berlin expansion will be devoid of DRM totalitarianism.

The DRM-free editions will fully support all future game updates and the Shadowrun Returns editor for user-generated adventures into the cyberpunk universe.

"Thanks to a new agreement we were able to negotiate with our partners at Microsoft, Harebrained Schemes is pleased to announce that we are now able to release fully DRM-free versions of Shadowrun Returns and future expansions such as Berlin," posted developer Harebrained Schemes in their latest Kickstarter update.

"The DRM-free versions of SRR and Berlin will continue to be fully supported. You'll be able to download all game patches, use the Shadowrun Returns editor and experience user-generated content downloaded from third-party sites such as Nexus." The team is working on getting Shadowrun Returns on GOG.com as we speak.

Shadowrun Returns raised over $1.8 million in pledges in April of last year.