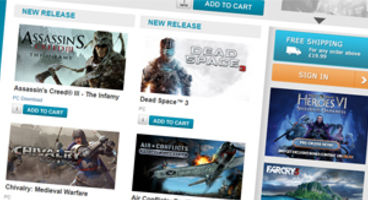 The trouble began for Ubisoft when they implemented their 'always-on' DRM requirement for PC titles which meant if there was no stable internet connection you couldn't play.

Slowly Ubisoft began to scale back this rather obnoxious system but many problems persisted. Today most PC titles from Ubi are free and clear of the 'always-on' requirement but many still need an active online connection. Each title from the publisher today on PC first boots up the Uplay launcher, which can be temperamental.

"Announcing all these partners for Uplay and a wider choice of PC games, it shows our commitment to PC, and we want to improve our relationship with the PC community," Stephanie Perotti told MCV.

“We are always seeking to improve. We took a lot of that feedback on board. With every game on PC we are improving. Far Cry 3 and Assassin’s Creed III on PC were very high quality.”

Offering third-party titles is certainly a good start for Ubisoft's own digital platform, but unless more fundamental issues are tackled they're just stuck spinning their wheels. They've also got a long way to go to actually improve their image within the PC community. EA managed to clean up a lot of their bad boy past, but it still lingers.

As of now there are about 30 third-party titles on Uplay. Is there room for more beside Steam and EA's Origin?

"I don’t think you can have too much choice,” said Perotti. “It is just another way to expose more content."

"At Uplay we are also offering all Ubisoft titles, more console content and elements that gamers are more interested in. It’s about offering more options and more choice.” Can PC gamers forgive Ubisoft's heavy-handed DRM? Time will tell.