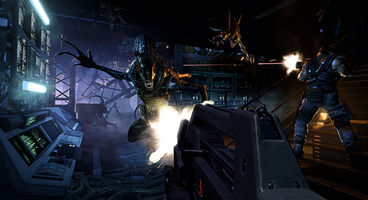 The final part to the Aliens: Colonial Marines Season Pass is due out today on Xbox Live, and then PSN and PC shortly. The add-on's description reveals it explains what happens to Corporal Hicks.

We play as three characters during events between Aliens and Alien 3. We must learn why the Legato has been diverted to intercept the Sulaco leaving LV-426's orbit.

That all totally made sense if you’re an Aliens geek. For those who aren't just know you'll be fighting plenty more xenomorphs as three different characters. The End.

"In this new campaign you play as 3 different characters through an interlocking story. Waking up unexpectedly from hypersleep, Lisbeth and others must figure out why the spaceship they are on, the Legato, has been diverted to intercept the Sulaco leaving LV-426's orbit," blurbs Xbox.com.

"Fight your way through the alien infested spaceship, find out what Michael Weyland is after and discover what truly happened to Hicks. If you already own the Aliens: Colonial Marines Season Pass do not purchase this pack as you will be charged again." The DLC is sizeable at around 2.02 GB on Xbox 360, and is priced at 800 MSP. 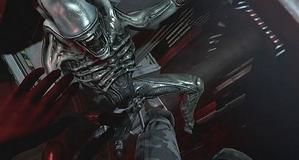