Houser: No sci-fi Rockstar title "for the sake of flying cars and laser guns" 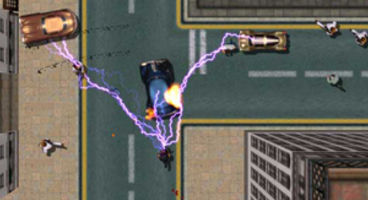 Speaking in an interview with French site Ecrans, Rockstar Games' Dan Houser remarked they won't be jumping into the realm of science fiction unless they were to conclude a "good reason" to do so.

To him, the greatest sci-fi stories "speak about the human condition." The prospect of creating a sci-fi project is "very tempting" but they lack a meaningful journey. Rockstar "not going to get bored."

The studio has plenty keeping them entertained and so there's no sci-fi Grand Theft Auto around the corner just for the sake of keeping things 'fresh' in the series.

Of course, sci-fi has already come to the GTA series when GTA 2 launched as it was set in the future. "One of our strengths is the consistency of the game world. We're not necessarily the best writers in the world, but we know how to write a video game," Dan Houser told Ecrans, reports OXM.

"We have no interest in going into science fiction for the sake of flying cars and laser guns."

"The best science fiction stories are those that speak about the human condition. So while this idea is very tempting and, by definition, anything's possible in a videogame, we lack the essential thing for the moment: a good reason," he said.

They have no fears about how to keep Grand Theft Auto interesting. "I'm not worrying about this for a good while yet," commented Houser. "In the past some of our titles have been successful, others less so, but as long as we have the ambition of making the kinds of games that nobody's ever made before, we're not going to get bored."

You don't need sweeping genre or theme changes to keep something attractive, but can instead refine how a game is structured and layered. "To offer an analogy with cinema, some films can be told in one page of text. Once the basic situation is there, you know exactly how it will evolve," explained the Rockstar co-founder.

"But if you're careful to change the narrative structure, it can change everything. Chris Nolan's Memento is a good example. That's the kind of approach we've achieved."